Last year I shared an audible book with the Realvolve team that made me think... What if you operated you Real Estate team like NASA? The audible book was:  "A Man On The Moon, The voyages of the Apollo Astronauts" by Andrew Chaikin.   It has several great inspirations that I could share but one particular story hit home with me.

Here is an excerpt:

A few weeks before his Apollo 16 launch, Ken Mattingly went to the launch pad and gazed up at the towering Saturn V rocket that would take him and two other astronauts to the moon. He realized at that moment that he barely knew what he was looking at. Sure, he understood the basic design, and he knew the parts and pieces he had to know. But there were several million parts in the whole thing and each one had been designed, fabricated, tested and installed by someone. Standing there, he knew the scope of Apollo was beyond the grasp of any one mind. He then rode the elevator up to the place where the third stage met the spacecraft adapter section, and there, at the juncture, was an open hatchway. He climbed through until he was standing inside a great metallic ring lined with pipes and electrical lines and all kinds of components. The lone technician who was working in there was startled- “Who are you? Get out of here.” – but once he understood that he was talking to one of the men who would ride this rocket, he was just as gracious as could be. He said to Mattingly, “You know, I can’t imagine what it’s going to be like for you. But I can tell you this: It won’t fail because of what I do.” Mattingly realized that the reason Apollo worked at all was because thousands of people had said to themselves, “It won’t fail because of me.” 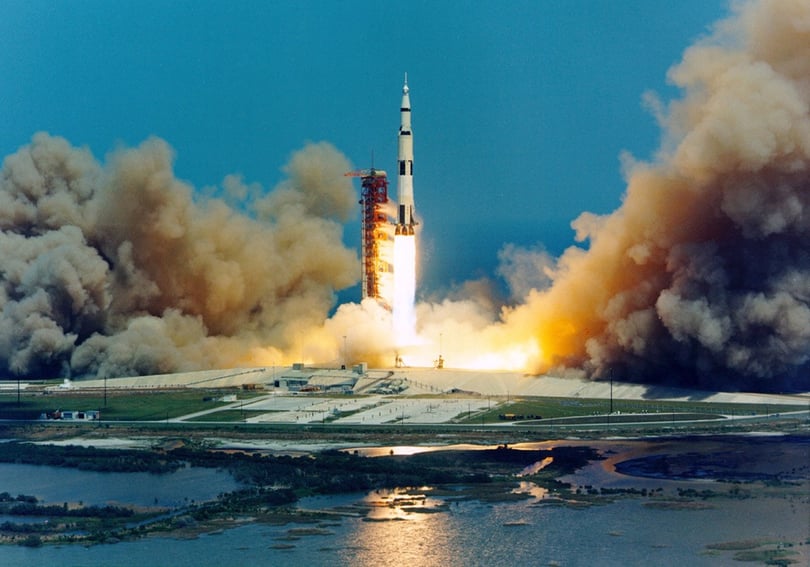 Believe it or not, each member of our Realvolve family is that "lone technician" who has designed, fabricated, tested and installed the software on our servers.  We have several thousand moving parts which we call "software code"... Bringing all that code together into one application is our equivalent to NASA's Saturn 5 rocket.  We have other team members to answer questions, instruct and support the Realvolve users.  Each of us has an important role to make this a successful mission.

While this post was initially written to our Realvolve team, it applies just as much to the real estate industry.   The Individual members of your team may not know each of the particular steps of a real estate transaction, however, striving to perform their individual function at their very best will result in a successful launch and completed mission.

Are Your Emails Annoying Your Real Estate Leads?